Dylan the Dog cured of being paralysed

An Ammanford woman claims a “miracle healer” cured her paralysed dog after a vet advised he be put to sleep.

Nicci Evans took Spaniel Dylan to Dr Clyde Hughes at his Shangrala Healing centre in Llansamlet following an injury to his spine.

Nicci Evans, a Bereavement Councillor, told us how heartbroken she was after being told by her vet she could either pay £4000 for a second operation on her little Spaniel, Dylan, or have him put to sleep.

Nicci, 49, could not afford the surgery as her insurance would not cover it a second time.

She told us, “Dylan was injured while playing with dogs, he popped a disc in his back and was paralysed from the waist down.

“He had an operation and was doing really well, then a year later the same thing happened again.

“The insurance would not cover it a second time around and the vet suggested the best thing to do was to have him put to sleep.

“My friend told me about Clyde who had actually healed her brother’s Alsatian. I felt we had nothing to lose.

It uses alternative non-invasive therapies, with Reiki and spiritual healing being the most common.

He told us how it all works, “I started going to spiritualist church back when I was 18.

“In 2000 I started my clinic treating animals and people.

“I have devised a system that I call Angelic Dousing. It is basically everything I have learned over 30 years.

“First of all I use divining rods which I have programmed to locate energy blocks in the body. Blocked shakras they are called.

“The first thing I do is check the animal for block shakras.

“The diving rods will cross where there is a blocked energy centre.

“I can see if psychically but I like to let the pet owners see.

“Where the blockage is where the problem is.

“I can then go into the emotions of the animal and release any emotions that will block the healing, anything negative like fear or pain.

Then I go up to God and tap into that energy and it is like going into a ball of lightening.

“The energy is so powerful. Then I bring the energy down and direct that energy into the blockages and ask for it to be cleared.

“I ask to be shown it being healed. It doesn’t always work instantly, sometimes it can take a few treatments.

But the one case with Dylan, his spine was totally blocked. He was incontinent, his bowels were not getting any energy.

“I brought the white light energy down into his spine and then Nicci asked how many treamtents I thought he would need.

“With that, Dylan had got up and tried to run out into the waiting room so Nicci had to go chase him.

“She came in an hour earlier carrying him as he could not walk and he just ran out after treatment.”

Nicci told us the moment Dylan was ‘healed’ she could not believe her eyes.

He lay on the floor Clyde put some crystals around him, he had what looked like Harry Potter’s wand.

It must have been about an hour and ten minutes later Dyl was just so calm he was lying on the floor then all of a sudden he just jumped up and ran out of Clyde’s room.

You’ve got to see it to believe it you really have. And I did.

We both, my partner and I, just sat here and stared at eachother, we could not believe our eyes watching him running aroung the waiting room.

So, to come out of the vets with the choice of £4000 up front now or putting him to sleep, I am so glad I took the time to step back and see what else there is out there, what other treatments.

It includes other case studied that have been successes in his healing career.

He said, “Five out of six dogs with serious problems, like kidney failure or paralysis, that I have treated have been healed.

“I channel God’s energy. It is nice to feel you have some recognition when you do something good. It is very rewarding.

“The healing treatment only helps an animal, it does not make them worse.

“I will try 110%, I cannot always guarantee a 100% improvement but there is always some sort of improvement.

My name is Dr Clyde Hughes and I am an experienced healer based in Swansea, South Wales in the UK. 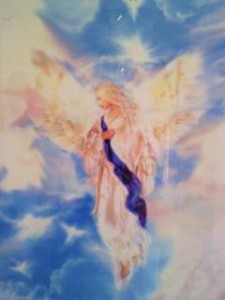 If you have found my website via this blog please take a look around. I provide a wide range of healing and spiritual treatments including distant healing for people and pets who are unable to travel to my Shangrala Healing Centre.