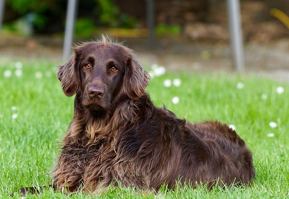 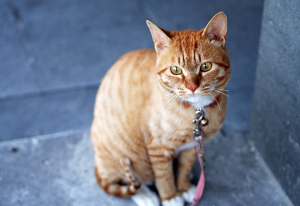 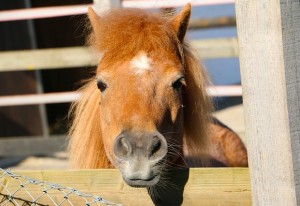 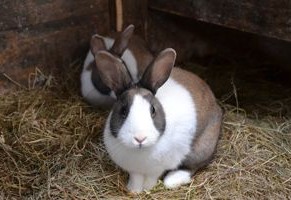 Below are just a few examples from animal healing, the feedback I have received from my clients who have brought their animals for a treatment on the animal healing treatments i offer.

I have given healing to a wide range of animals including dogs, cats and horses.

Please read below a sample of the comments written by my clients in my Visitor’s book and on my Facebook page.

In april, our beloved cat 10 year old burmese, Puddy, suddenly became seriously ill-unbeknown to us he had chronic kidney disease which became acute9 seemingly (overnight) and he was admitted to hospital where he was given a fluid drip to reduce his extraordinarily high creatinine level of 1,262 (ideally , i thionk, it should be under 160) . he remained hospitalised for 6 days and they managed to reduce this level to 800 but then it started to rise again…he was discharged and given under one week to live.

In total dispair and desperation – and wanting to fight for puddy who hade given so much to us -I searched the internet for a remote animal healer and was, thankfully, led to Clyde. he immediately called me back and started treating Puddy.

This was over 6 months ago …a period during which Puddy has gone from strength to strength and two months ago a routine blood test showed his creatintine level of 192.  An excellent palliative vet also helped us initially with fluids etc and she, like the vetrinary practice , is astounded with the results.

It has also been a great pleasure working with Clyde -always reliable, reassuring and he has worked so hard on our behalf for which we are incredibly grateful.  i really dont think Puddy would still be here without Clyde-and Puddy is now known in our family as the ‘miracle cat’..and Clyde the ‘miracle man’

Healing for a dog with hepatitis

“My dog Glenda was diagnosed with a liver complaint and had stopped eating. The vet said it was hepatitis and she’d been on a drip and was really poorly. When she came home she wouldn’t eat. We took her to Clyde and he saw her twice for about half an hour each time. She’s normally quite a nervous dog but she settled with him and he placed his hands over her liver. Now she’s back to normal. I think Clyde’s healing is worth a try. It absolutely can’t do any harm and it helped my husband and I and our dog.” Helen Grievson.

Healing for a dog with toxo plasma

“My dog, a little Yorkie, had been unwell for 5 months with toxo plasma. At one time the vet was going to put him to sleep. I visited Clyde and what an amazing result after just one sitting. My dog barked for the first time in months and had a spring in his step which he hadn’t had for 5 months. Thank you!” Ann Davies

Clyde explains further: “Ann’s dog was very poorly when he first visited Shangrala. In fact he had to be carried in as he was in a coma. The toxoplasma infection was literally eating away at his brain and he was close to death. The vet could do no more to help him and in desperation Ann brought him to me. During his first treatment he regained consciousness. After he went home he barked for the first time in ages. He needed four treatments before he was well again. He did in fact suffer a slight relapse and needed one more follow up treatment. He is now fine.”

Healing for a dog with “terminal” liver and kidney disease

“I brought my dog Bruno for healing.  He was really ill with liver and kidney disease.  The vets put him on tablets to help him but said there no cure for him.  They gave him approx 6 months to live.  Blood tests from the vets revealed his liver was 500% above normal. After  having healing with Clyde for a few months I took him back to the vets for more tests and to the vets’ amazement his liver and kidneys are back to normal.  He told me that the tablets wouldn’t have done that and that it was from the healing.  Considering that Bruno is 16 years old he is doing brilliantly and he is now more like a 10 year old dog.  I am very pleased with well he’s done and owe a very big thank you to Clyde!

Healing for a cat with leukemia

“My cat Doodles was losing weight for a while and frequent visits to the vets and blood tests showed up nothing.  It was said that could be suffering from stress due to the loss of our other cat a few months previously.  I woke up in the night about 4 months ago and found her to be having breathing difficulties and I took her to the vet first thing in the morning.  She had x-rays and tests and was diagnosed with leukemia two days later.  The tumour was very large in chest cavity, impeding on her heart, lungs, kidney and she also had an enlarged spleen.  I was told that she was days from dying but that they would try chemotherapy and steroids to see if it could help at all (although now the vets tell me they did not think there was any hope).  That night I found Clyde Hughes’ website and asked for healing for her which he very promptly replied to say he would be delighted to help. After the first session of chem the vet re-x-rayed her and they were amazed to see how the tumour had shrunk and she had so much more room for vital torgans to wrk in.  She is still having monthly chemo and is on steroids but the vet said she is a little walking miracle.  I have no doubt that the healing that Clyde has and is still giving her is that miracle.  She has a wonderful quality of life and is out running after the dog in the garden daily.  I thank Clyde from the bottom of my heart for his healing and the opportunity to help my precious cat.”  Alison and Doodles.

Healing for an unconscious cat after serious accident

“On Tuesday 12th April my beautiful 20 year old cat Sophie was hit by a car.  She was unconscious with head, chest and leg injuries.  The vet didnt think she would survive the night and suggested that I may to consider putting her to sleep.  I was distraught.  There was no way I would let my beloved Sophie suffer but I couldn’t give up on her.

I contacted Clyde and asked for his help.  Clyde sent Sophie absent healing and the following morning she was well enough to come home to recover.  After a couple of days she was well enough to travel to Clyde for a healing session although she was still very poorly.  After the healing sessions Sophie’s progress was amazing.  She is now eating, drinking and walking normally.  Her coat is shiny, she is alert, happy and free from pain.  Thank you Clyde, you are a saint.  What you have done for Sophie is a miracle.” Gail Horton 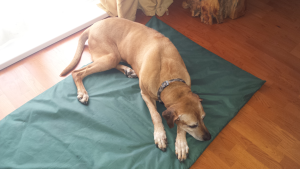 “Dear Clyde.  I feel I must write to tell you how much I appreciate all that you have done for our much loved family dog.  Amina is a Rhodesian Ridgeback aged 8 years and had become totally lame on her hind legs due to degenerative disc disease.  I had taken her to the animal hospital in Bristol where she underwent MRI scans etc..  She was due for an operation but that was decided against at the 11th hour.  Our own vet told us to give her a period of time to see if she recovered but if there was no improvement she would have to be “put down” as she could not walk unaided and needed to be supported with a sling to be taken out to the toilet and for light exercise to stop her muscles from “wasting away”.  Having googled you on the internet I decided to bring her to see you as I had exhausted all my other options.  The improvement in Amina was apparent after just a couple of visits.  Now several months on she can walk unaided and continues to improve.  She looks forward to her sessions and even rushes into the treatment room.  I can’t thank you enough Clyde for helping her get back her quality of life.” Colin James

Healing for a Rottweiller with Severe Limp

“My rottweiller bitch Emma is 11 years old and in good general health but she had developed a severe limp along with general weakness in her rear legs and hips. Vets scans and x-rays revealed nothing. Since her visits to Shangrala, there has been a dramatic improvement in her limp, the weakness in her rear legs and hips has truly gone and she’s once again “trotting” like a rottie with her zest for life back”. Michael Price

Toko attended Shangrala Healing Centre to see Clyde Hughes after I spent a stressful number of months researching the breed and looking for causes that may have affected his loss and discoloration of coat. In the main most indications pointed to a condition known as ‘Alopecia X’ which is commonly found in stressful dogs.

Clyde and his spirit guides uncovered some enlightening indicators that could have resulted in Toko’s loss of coat.

Toko has been visiting Clyde Hughes at Shangrala healing centre for just under 12 months he has become far less stressed and fearful exhibiting more confidence and generally a happier dog in all aspects.
His coat has and is improving due to the support we have had from Clyde and his healing sessions.

I have been so impressed by the results with Toko that I have also had Clyde assess and provide healing for two of my other dogs.
A good friend advised I seek this type of alternative healing for my dogs I am so pleased I did.
I would highly recommend others to take their animals to see Clyde Hughes at Shangrala healing Centre 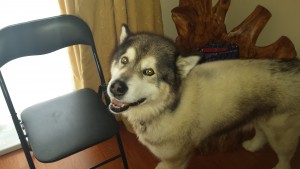